Atang Tshikare is a Cape Town based, self-taught multidisciplinary artist. His practice has evolved over twenty years from street art and drawings, to limited-edition collectible design at the intersection of sculptural furniture and functional art, moving more recently to fine art sculpture.

His voice resonates with a visionary African identity that embraces a global contemporary art language.

Born in Bloemfontein in 1980, Atang was influenced from a young age by the visual storytelling and graphic style of his father, an anti-Apartheid activist and illustrator for various pan-African publications and art magazines.

Founding Zabalazaa Designs in 2010, Atang collaborated with local artists and worked on commissions such as Chimurenga Magazine, Adidas Originals, BMW, MTV Base, Belvedere Vodka and Nando’s, to name a few.

Atang Tshikare’s work to date has sprung from the dynamic negotiations between an urban dialogue emerging in contemporary art and design consciousness across Africa, and his intuitive sense of primal matter rooted in personal heritage and Southern African cultural knowledge. As he casts his nets towards the global horizon, he is deepening his understanding through his work which will include a 2021 show dedicated to his firstborn son Peo, and a book about his practice. 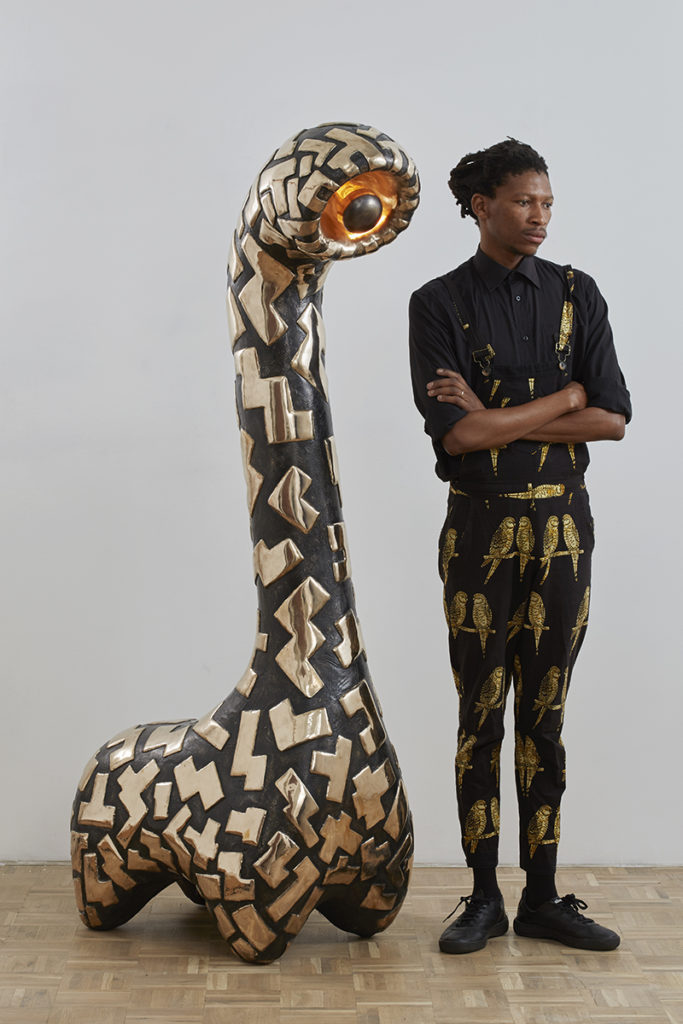 Drawing on a deep connection to his own Tswana and other Southern African cultures, Atang’s work includes sculptures, patterns, and illustrations.

He takes an experimental approach to fabrication in various mediums, including bronze, ceramics, stone and wood.

His creations draw on his fascination with zoomorphic shapes, biomorphic forms, vernacular architecture and local landscapes.

Each form strikes up a dialogue between natural and man-made materials in a tonal range that is most organic and minimalistic, inviting tactile curiosity. 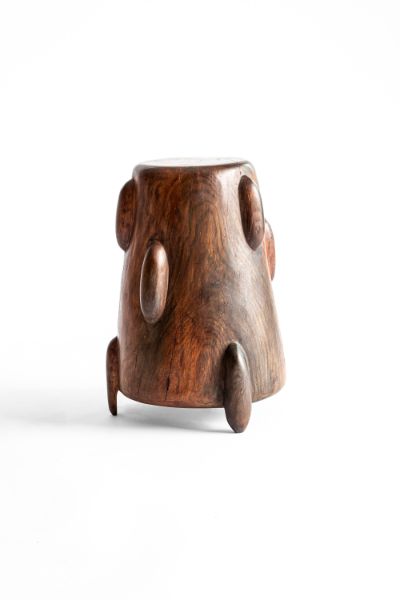 Atang is a recipient of the Future Found award by Southern Guild Design Foundation in 2014 and the Top 200 Young South Africans in 2015. He was a judge for the Dezeen Awards and Elle Decór Solve Competition as well as a nominator for the British Design Museum Beazley Awards. He was invited to be a mentor for the Design Indaba (Emerging Creatives) and the UCT Graduate School of Business BAA programme. Atang has also given talks about his artistic and independent entrepreneurial practice at the Afro-Pop Festival in Amsterdam, the University of Johannesburg in association with the Arts and Culture Department, Inscape Design School and Nandos “Bright Young Things”, among others.

I don’t make wallpaper anymore, but a great friend wanted something special for her wall. She blessed it with a Sam Nhlengethwa artwork and it created a jazzy conversation.

Peo is in a dream state and manifesting a future. This takes an alignment with visions that are followed by feelings and made into actions. Just like Peo, you are in control of what happens next.
.
.
.
.
.
.

Elevate yourself, enjoy yourself, evolve and believe in yourself. All this greatness is part of your destiny so embrace it!

Peo e Atang is your highest form of self, pureness personified. The smooth and highly polished bronze represents the beginning of greatness, whilst the raw wood extending from the seed can be interpreted as unfiltered germination.

“Once you carry your own water, you will learn the value of every drop” Alkhebulan Proverb.

“When you see dark clouds above you, rejoice at the challenges they bring because the rain they usher is here to nourish the seeds of a new beginning” AtangTshikare ©
.
.

To celebrate my son’s second birthday I present a walkabout of the "Peo e Atang" independent solo show. The narrative creates great context for all those that were not able to see it live. Here I am in conversation with PhD candidate @mongakobo_e_bohale who helped curate the show whilst documentary film maker @saracfgouveia shot it with only 3 takes.
Well done to my team and everyone who helped make this possible. Re leboga Badimo ba Tshikare le Badiboa!